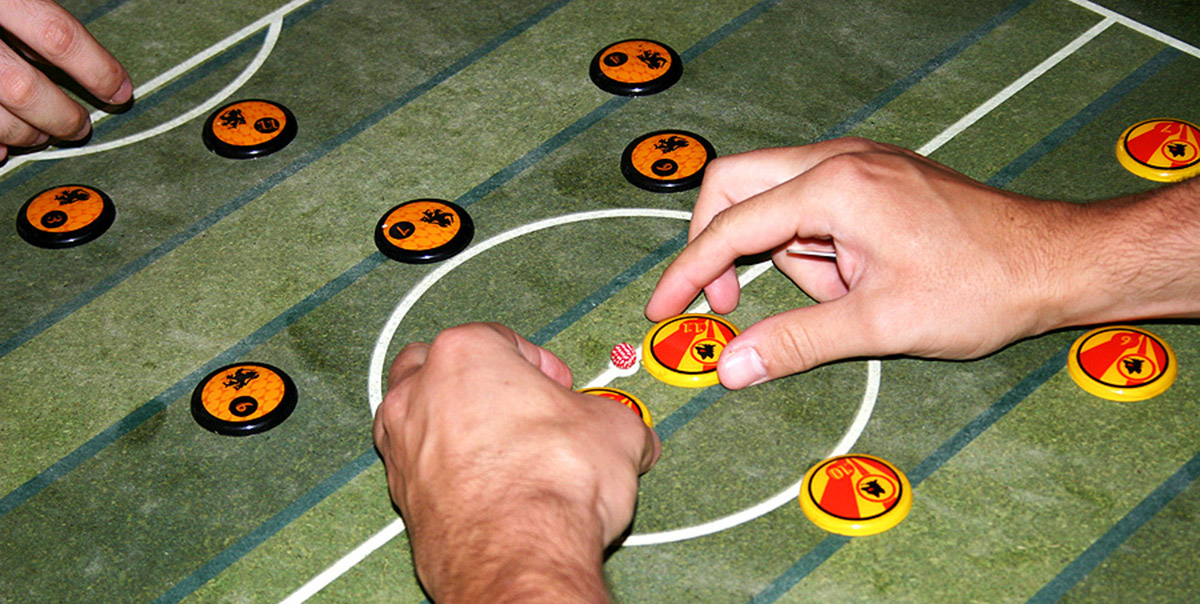 To conclude my bachelor studies in Product Management, I was investigating the usability questions of gestural interfaces (more specifically touch-based interactions). For this project, I looked into DIY, custom-built multitouch interfaces (based on infrared lighting and “cheap” computer vision solutions), and developed my own application for empirical studies.

The application I developed was based on an old, traditional tabletop game: “button football” (mainly known in Hungarian and Portuguese-speaking countries). Button football is a physical game where finger dexterity is essential for playing, therefore I found it a very interesting problem to investigate the feasibility to implement this game, and analyse the usability of the needed touch-based gestures.

I created a high-fidelity prototype in Processing, which was using generic TUIO controls, enabling to run on any custom-built multitouch surface (including iPad or Android tablets or Microsoft Pixelsense via TUIO servers).

In three different iterations, I conducted a mainly informal user testing; as the prototype was based on a game, it was more natural to test it in a gaming environment rather than a formal approach.

During the testing rounds I observed how the participants were playing the game, with a focus of gestural actions. Afterwards, I conducted interviews to ask for their opinion how do they find the control of the game, the gameplay, the hardware and asked for improvement points for the next iterations.